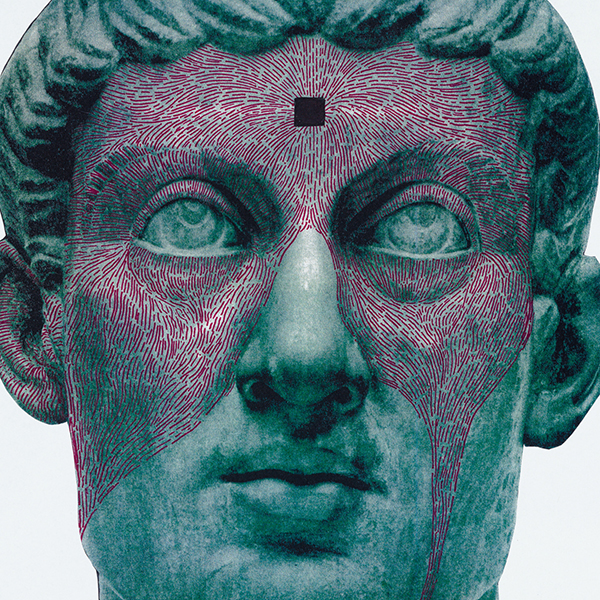 The looming inevitability of death and destruction animates Detroit quartet Protomartyr, as befits their name. Their sound is knife-edged post-punk, as played by a local dive bar band whose low-key demeanor belies a serious set of musical chops. Protomartyr’s breakthrough, 2014’s Under Color of Official Right, built upon the framework established by their debut, No Passion All Technique, but elevated it into expressive territory wherein real life’s dilemmas became an inextricable part of the sonic atmosphere: singer Joe Casey detailed everyday anecdotes – corruption, deadbeat dads, acts of violence – with both an unhinged, animalistic yelp and a stoic bellow. His lyrics depicted characters whose hearts gradually atrophied beyond repair, before succumbing to their basest desires.

The Agent Intellect, remarkably, dwarfs the scope of Right. That album’s most harrowing tracks – such as “Scum, Rise!” or “Maidenhead” – can’t touch anything off their third effort. The band continue to sculpt their compositions from the plight of the despairing masses, but now they’ve buckled tight their Biblical belt, bringing in ecclesiastical figures as well as Lord Satan himself. Casey’s range has narrowed, but in limiting his vocal palette he’s introduced greater emotional breadth, so a love letter sung in the (literal) spirit of his late father’s hand to his deceased mother, “Ellen,” comes across as tender, even when the lyrics are hard to decipher. If No Passion’s bracing lacerations broke the skin and tasted blood, and if Right’s blunt force left black-and-blue bruises, then on Intellect scar tissue is starting to form. Yet in spite of Casey’s defiant proclamations on “Why Does It Shake?” – “I’ll be the first to never die” – he most certainly will.

Until that time comes, the band pursue their Sisyphean task. The Agent Intellect sacrifices some of the feral aggression of Right in favor of emphasizing variegated timbres and cinematic ambiance. They’ve held on only to the most necessary elements of their already lean arrangements: Greg Ahee’s guitar on “Dope Cloud” is sharp as a tack, while bassist Scott Davidson and drummer Alex Leonard keep time like clockwork. When Casey drops the last word from the phrase “going out in style” on “Cowards Starve,” a guitar swoosh ably comes in to take its place, revealing a group whose synergy between the oral and the aural has grown since Right. With each hairpin turn that Casey takes – from melancholy to malevolent – the music follows suit or provides a completely unexpected but fitting counterpoint.

His literary bent had hitherto kept Casey’s inner monologue from skewing too autobiographical, at least on the surface. But Intellect sets that aside or at least makes room for glimmers of his mental state in the wake of loss. Grief is such an insidious condition, however, that it seeps into songs that would otherwise elicit different feelings, as on the opening track, “The Devil in His Youth.” Ostracized by his peers, an adolescent Prince of Darkness promises, “I will make them feel the way I do,” but it could just as easily be the proclamation of a middle-aged orphan confronted by his sudden mortality. Rage against the dying of the light, as Dylan Thomas once declared, and though Casey’s demeanor is often compared with the likes of Charles Bukowski, it also bears mentioning that the “laureate of the American lowlife” was prone to writing that borders on self-help aphorisms (“Find what you love and let it kill you”).

Still, Protomartyr can’t help but descend into the mire: as “Clandestine Time” comes to a close, it starts to fray like loose threads unraveling from a secondhand blazer. Guitars buzz in the stale, gray air of “Uncle Mother’s” like an alarm you can’t find the snooze button to. “Pontiac 87” kicks things off in the dark cavern of the Silverdome but ends up somewhere far more depressing. Casey’s mother makes an appearance on “Why Does It Shake?”, but the visitation seems to be too much for her, and the song soon disintegrates much like Ellen did.

The Agent Intellect gets its title from a medieval philosophical concept describing the force in the human mind that causes thoughts to pass from the potential to the actual. All throughout the record there are references to thinking and feeling, but these processes metastasize into feeble memories or worse: “And if you think about them all of the time/ You’re gonna find that your head’s been kicked in.” As they do with their relationship to Detroit, Protomartyr toy with the layers of meaning accrued around Big Ideas before knocking them over with a wave of feedback, cymbal crash, or bass slap: “That fall from grace/ Knocked me on my feet/ Don’t tell anyone/ That’s what I wanted.” But as much as they may want to remain the square piston in the round cylinder of Detroit’s rock engine, the group are writing a new chapter in its history, one that reminds us that our newfound hope is just a salve against the one thing that truly unites us: decay.

Protomartyr themselves take their name from St. Stephen, the first Christian martyr, who’s not only referenced on “Feast of Stephen,” but also reappears when that day, December 26, is mentioned in “Pontiac 87.” That Protomartyr choose to close The Agent Intellect with an homage to a religious icon, right on the heels of a romantic serenade, feels like a sun rising after years of dreary weather and gray clouds. Blue skies may not be here to stay, but the forecast for Protomartyr’s future is only getting better and brighter.

Stream The Agent Intellect below: