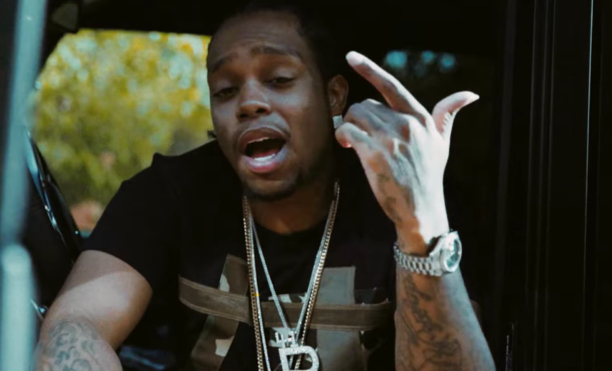 Payroll Giovanni has debuted his music video for “Came Up Off Work” ahead of his forthcoming Sosa Dreamz mixtape, which drops later this month with producer Cardo. It’s the follow-up to Big Bossin Vol. 1, which was released earlier this year, also produced by Cardo. Those unfamiliar with the Detroit native should pay attention to Giovanni who, on the heels of his notoriety with Doughboyz Cashout, has already been signed to Jeezy’s CTE label and was featured on Vice’s Noisey episode in Detroit. But Giovanni’s success didn’t come overnight. As his latest single attests, he came up from hard work to reach it.

The video for “Came Up Off Work” is minimal, showcasing Giovanni’s flow and lyricism as he raps in the front seat of his Mercedes AMG. Cardo lays down a G-funk vocoder over contemporary electronic beats, while Giovanni candidly recounts trials and tribulations from the streets. The track is a fitting portrait of one of the hardest-working rappers hustling and grinding his way to record deals and flashy cars. There is still much on the horizon for Giovanni, as the Sosa Dreamz mixtape precedes his highly anticipated album Giovanni’s Way.

Watch the video for “Came Up Off Work” below: