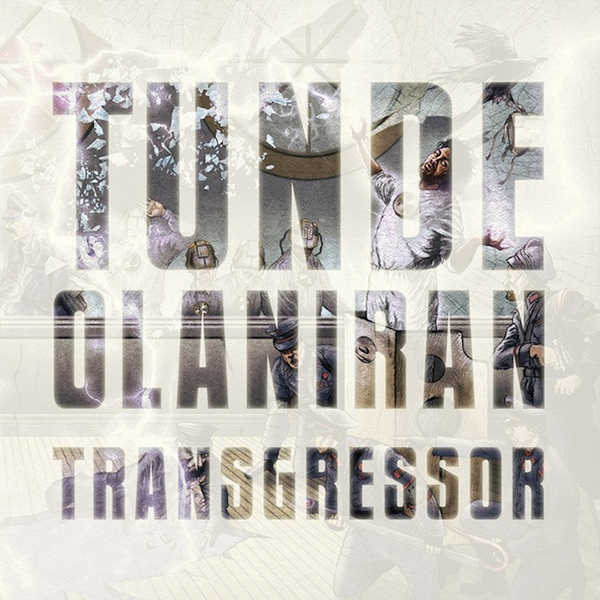 Tunde Olaniran’s ascent as an artist parallels bigger trends both in music and society at large. He got his start collaborating with the Berlin-based duo Chris De Luca vs. Phon.o, who discovered a track of his on MySpace in 2008. A European tour followed, with stops in the cities Olaniran lived in as a military brat. After working with Dale Earnhardt Jr. Jr., the Flint resident featured James Linck, another Detroiter, on 2014’s Yung Archetype EP. He’s known both for his multi-octave crooning and his chameleonic rapping – much like Mariah Carey melding with M.I.A. And to top it all off, Olaniran is an active supporter for LGBTQ rights and works for Planned Parenthood. But none of this begins to describe what makes Tunde Olaniran’s debut album so dichotomous: what makes it both so unusually en vogue but also sui generis, not only universal but – with its specific lyrical references and subject matter – also individual.

Fittingly, the personal is very much the political on Transgressor. Even the name of the record becomes one more extension of Olaniran’s mission statement; he refers to himself by said title on the eponymous opener, which conflates breaking rules with freedom fighting over a patchwork of uplifting vocals and disintegrating beats. With some variations, this is the general pattern Olaniran follows for many of the tracks on Transgressor, whether bemoaning his own economic situation while lamenting the oppression of our country’s poorest members (on the high-spirited banger “Diamonds”) or questioning his safety as a black man before increasing police brutality (on the spine-tingling requiem “Everyone’s Missing”). Despite its thematic focus, however, Transgressor does not fall into any conscious rap clichés, with Olaniran instead finding endlessly inventive ways to confront the very pressing issues he introduces through his music.

Most of Transgressor’s lyrics loosely chronicle aspects of Olaniran’s life without buckling under the weight of autobiography. He’s able to slide easily from the sinister, anti-violence dancehall track “Run to the Gun” (“It kills but we like it”) to the kiss-off anthem “Don’t Cry” (“You tell me how you feel/ I couldn’t care less/ Wrap myself in sympathy/ I guess I’m overdressed”). He details a strained relationship with his father on “Let Me Go” (“Even though you got a lot/ You didn’t get my best”), aims square for the dancefloor with the sinuous grooves of “KYBM,” and fights for self-empowerment on “Namesake” (“If I can be me/ then you can be yourself”). Olaniran’s songs may reveal some intimate secrets (“Once upon a time I was yours, you were mine/ You had me hook, line, and sinker”), but they remain open enough to take on multiple interpretations, which lends them the power to speak to a wider audience.

Similarly, Transgressor’s sound takes on several different shapes, pushing and pulling against the strength of Olaniran’s elastic vocals and power of his words. The album alternates between lush R&B, effervescent hip-hop, and wild electro-punk with the ease of records more narrowly focused. That all-embracing approach to genre reflects our postmodern world – flitting from one experience to the next at breakneck speed is the new normal, and Transgressor brings it to life. Olaniran’s stories take on even more resonance when set to the music, which bolsters the theatrical energy. On “Up & Down,” a self-empowering track about the artist’s relationship with his body, ominous snare rolls and a baile funk synth squall underpin the woozy, off-kilter rapping. And the radio-friendly Seth Anderson co-production “Namesake” has an almost overwhelming abundance of sonic elements – sped-up vocal samples, scampering trap drums, wonky sweep filters, and an entire phalanx of Hudson Mohawke-style brass – that feels like the Internet made flesh.

Yet Olaniran is at his best when he’s being a musical conduit, as on “Brighter Days,” which features the guzheng, a Chinese harp, or the slow-building, pulse-quickening euphoria of “24KT.” On these final two tracks, Olaniran sums up Transgressor’s keep-moving-forward vision and includes the listener in the picture – “There’s a lot more that we can do/ But if we do it together/ It will be more fun and full of love and joy.” Transgressor may break a lot of the rules, but it also bridges just as many worlds.