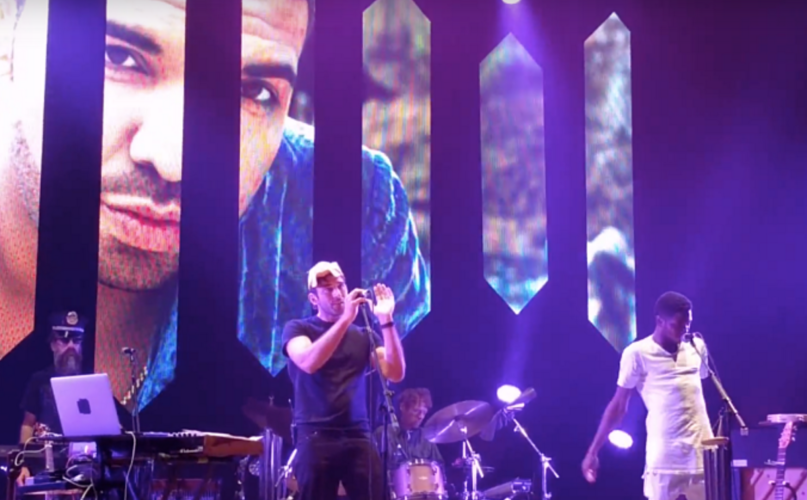 It wouldn’t be Halloween without a little “trick or treat,” and fans of Sufjan Stevens were treated to both at the Detroit-born singer-songwriter’s show in Jersey City last night, when he brought on alt-R&B singer Gallant for a cover of — what else — Drake’s endlessly meme’d hit “Hotline Bling.”

Unlike the sincere renditions from Erykah Badu, Justin Bieber, Alessia Cara, and Disclosure and Sam Smith, Stevens stayed true to the spirit of the video itself, which meant projecting a giant version of Drake’s face on the screens behind him, as well as mimicking the rapper’s dance moves.

It was a GIF come to life, and you can watch the whole thing below: