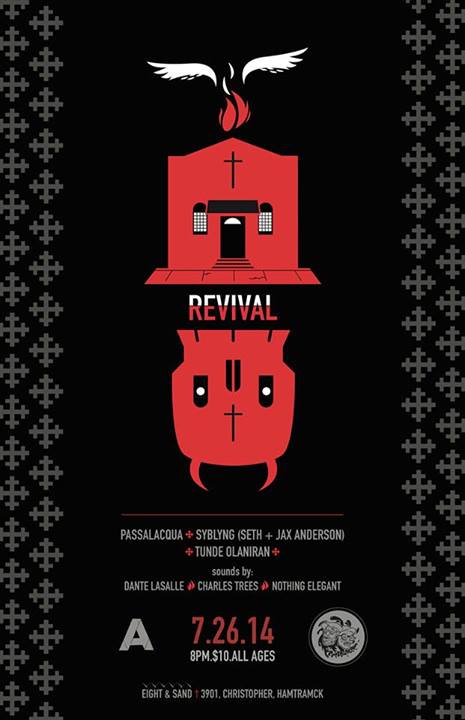 Detroit hip-hop duo Passalacqua has revealed the long-awaited release of their sophomore full-length entitled CHURCH. The new album is produced entirely by Flint Eastwood and will be available later this summer. This marks the group’s first effort since 2012’s Zebehazy Summer.

In addition, Passalacqua has announced a July 26th performance at Eight & Sand in Hamtramck, where they will be performing CHURCH in its entirety. The duo will be joined by Tunde Olaniran, Jax + Seth Anderson (performing as SYBLYNG for the first time), an unnamed special guest, and DJ sets by Dante LaSalle, Charles Trees, and Nothing Elegant.

The Right Brothers, Detroit’s filmmaking superstars, will also unveil their short film titled “The Baptism,” inspired by one of the album’s eight tracks (“Baptism.”). See the trailer here.

The all-ages event, which is hosted by ASSEMBLE, begins at 9:30PM, with doors at 8PM. Tickets are $10 in advance and $15 at the door. Full details can be found here.

Watch the video for “Been a Minute” below: