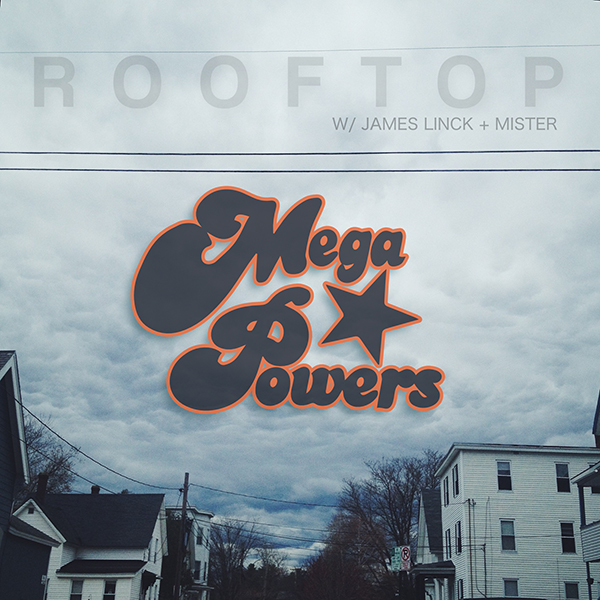 To say that this week has been an emotional one is an understatement. If you’re in need of a release, we have just the thing for you. Detroit Music Magazine is honored to premiere the local duo Mega Powers’ newest single “Rooftop,” which will launch you into a blissful, melodic escape.

Mega Powers are an electronic act comprising producers Eddie Logix (BLKSHRK, Sleepless Inn) and Pig Pen. The pair have an impressive repertoire of hip-hop beats between the two of them, but this is the first Mega Powers track to feature rapping.

James Linck lends his sultry vocals to “Rooftop,” enhancing the already dreamy downtempo beat. His smooth-as-silk chorus is complemented by the familiar, lilting flow of Mister (whom you may know as one half of the rap duo Passalacqua).

Mister shared some insight on the track: “I’m becoming more sensitive to noise as life rolls on. When I feel muted by the outside world, the roof puts things in perspective. Don’t forget where your roof is at.”

You can check out Mega Powers this Saturday, November 11 at McCarthy’s Pub as part of Humons Spectra EP release party. “Rooftop” will be featured on the upcoming Mega Powers cassette release World Tour (The Red Tape) that the duo will take on the road with them for a run of San Francisco gigs later this month. In the meantime, you can find the track below to help you mellow out and find your roof (at least for a couple of minutes).