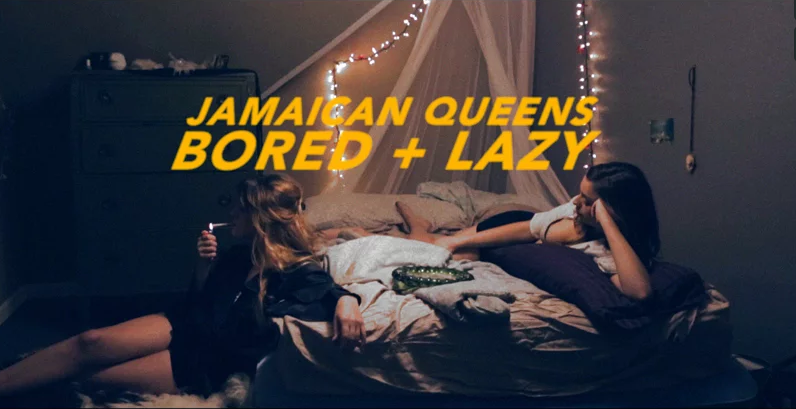 If it weren’t for the credits splashed across the screen in a font reminiscent of pulp magazines or midcentury adventure novels, you might think the trailer below were for an upcoming foreign film destined for the arthouse circuit. But what you’re actually watching is a teaser of the video for “Bored + Lazy,” the new single from Detroit-based group Jamaican Queens.

Produced and directed by The Right Brothers — the filmmakers behind the music videos for other Motor City artists such as Passalacqua, James Linck, and Tunde Olaniran — the clip opens on two young women lazing around in a bedroom; the dialogue is subtitled, as they speak in an indeterminate European language, and there’s no music until the very end of the teaser. One of the girls goes to play a song for the other one to alleviate her boredom, and it’s then that we hear the first strains of Jamaican Queens’ “Bored + Lazy.”

What the rest of the video holds is anyone’s guess, but based on the conversation the characters are having, it might just involve a clown in an old house — perfect for Halloween. No matter what, given the beauty of and surprises in the other two videos Andrew Miller and Jamin Townsley have directed for Jamaican Queens, we won’t be disappointed — or bored — one bit.

Watch the teaser for the “Bored + Lazy” video below: