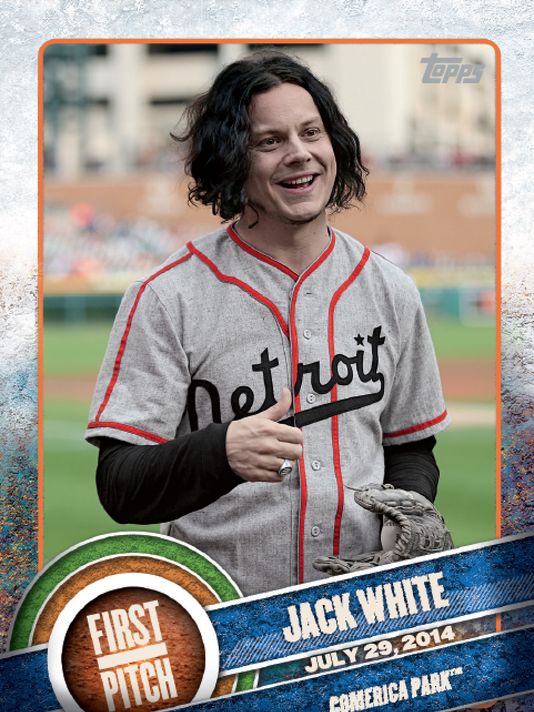 As part of his homecoming last summer, Jack White donned a vintage Detroit Stars jersey and threw the ceremonial first pitch at a Tigers game at Comerica Park. To commemorate the occasion, Topps is releasing a new baseball card featuring the rocker as part of the 2015 Topps Series 1 set.

The First Pitch Insert card shows White giving a thumbs-up and smiling — in stark contrast to the “sad Jack White” meme that made its rounds on the Internet last year. The rarity of the card is yet to be determined, but in general, insert cards are rarer to find than cards included in a base set.

The 2015 Topps Series 1 set is due out on February 6 and will include other famous musicians, including Pearl Jam’s Eddie Vedder, Rage Against the Machine’s Tom Morello, and 50 Cent. For more information, visit the Topps website.

In other Jack White-related news, Brooklyn-based band Parquet Courts made a stop at Third Man Studios last June to play a show. Today they announced the release of Parquet Courts: Live at Third Man Records, a recording of that performance, due out on March 3. Below, you can stream clips of “Sunbathing Animal” and “Vienna II” from the LP.