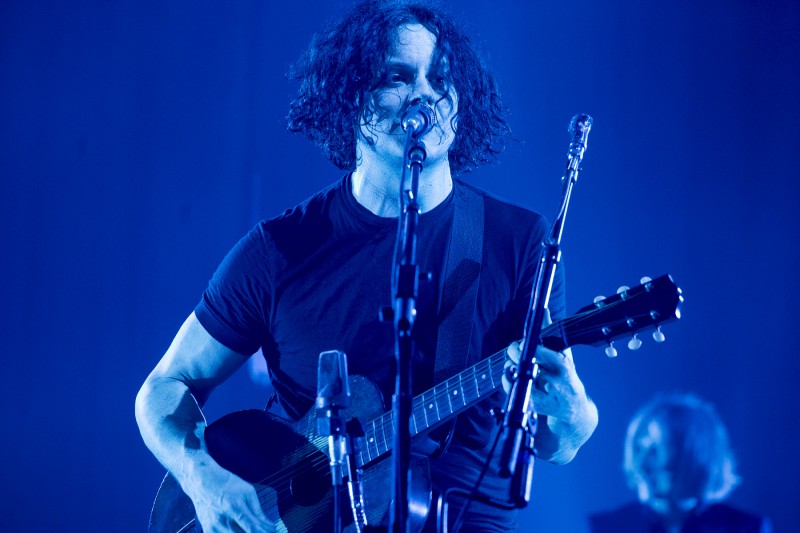 Jack White is a man of many identities: upholsterer and musician, performer and businessman, rock star and father, Detroiter and Nashvillian. A new in-depth feature on the prolific artist in the March 13 issue of The New Yorker provides an intimate glimpse of the enigmatic figure and introduces us to new depths of the multi-faceted performer who has been taking the world by storm for the past two decades.

While White’s journey as a musician (The White Stripes, The Raconteurs, The Dead Weather, two solo albums, and countless collaborations) and as an entrepreneur (from Third Man Upholstery to Third Man Records) have been well-documented, this piece highlights some of the lesser-known endeavors of the forty-one year old Detroit native. He is passionate about film and hopes to direct a movie someday, collects unique music-oriented memorabilia (including James Brown’s driver’s license from the eighties), sent a turntable into the stratosphere, designs baseball bats for Texas-based Warstic (in which he owns a share), and loves the sound of rain to the extent that he installed microphones in the eaves of his home.

White’s propensity for perpetual stimulation, accomplished through a constant stream of projects, would not be possible without an excess of energy. His seemingly endless vigor has been a constant part of his character his entire life. His brother describes him as a child, saying he was “very energetic, always doing something. He still has the same personality.”

The entire piece is teeming with movement, following White as he jumps from Kalamazoo to Detroit to Nashville. It mimics White’s boundless energy, which is detailed in everything from the way he runs a recording session to his pre-performance rituals, including “drinking a Red Bull, a shot of whiskey… backstage with a baseball bat breaking things.” According to White, “You have to work yourself up into a frenzy.”

The article also explores White’s recent acquisition of a house in the Winchell neighborhood of Kalamazoo. Though there are no plans in the works to leave his Nashville compound any time soon, he does mention that he would use the George Nelson designed home as a “place I can go and write songs and shake up my environment.”

Fans, critics, and fellow artists have a sideline seat to White’s ever-evolving persona, speculating on what’s next based on the limited information he himself chooses to release. This profile provides a more personal peek at the mind behind the madness. White describes himself best, saying “I always have my own rules, and I can bend them if I want. I can see the confines I’m working in, but nobody else knows I’m doing it.”