Carl Craig is one of the most influential artists in the history of techno music.

The Detroit-native has been an active DJ and producer since 1989, and was nurtured by Detroit techno royalty, such as the “Bellville Three:” Derrick May, Juan Atkins and Kevin Saunderson. Craig reinvented the art of electronic music-making by introducing world beats and jazz elements, founded Planet E Records, and created the complex sounds that would eventually lead to a Grammy Award nomination.

In anticipation of Movement Electronic Music Festival 2014, Detroit’s Carl Craig, Stacey Pullen, and Brendan Gillen held a free public forum at the University of Michigan’s Detroit Center (Midtown Detroit), on May 20, to discuss the history, present, and future of electronic dance music. The following Friday, May 23, Craig performed an intimate set at Motor City Wine (Corktown Detroit) to showcase his various musical styles to a small group of true electronic enthusiasts.

Detroit is the birthplace of techno. It is the home of Movement, and countless artists that changed electronic music forever. Is there anything else that makes this area so special for this type of music, or all music in general?

Carl: You know… In Detroit, it’s about being real. It’s about being true to yourself and real to what you do. So Detroit has had that spirit. It’s probably a spirit that comes from the unions and the history Detroit has had in the laboring world. The worker’s world. It should be on on a flag. Detroit: keeping it real. 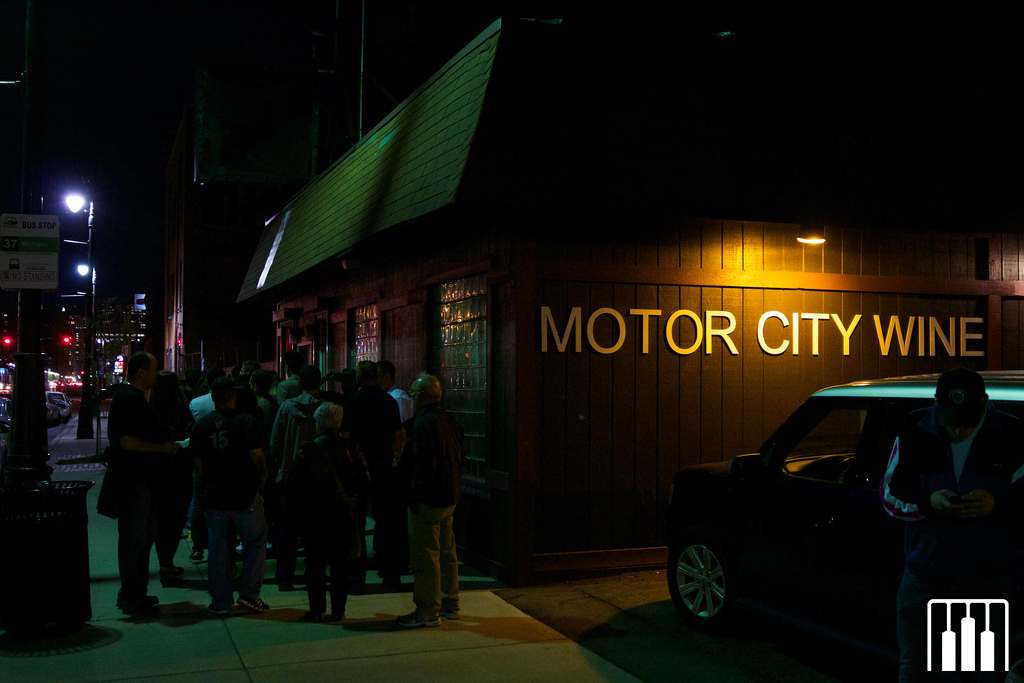 You’re from Detroit, but you’ve travelled all over the world performing. Is there a difference specifically regarding a Detroit performance compared to one hosted somewhere like Paris, or London? Is there a standard Detroit crowd?

Carl: I feel like I always try to play special to Detroiters, because Detroit fans are still really new to this kind of music. Even though they’ve been hearing it all their lives, they usually get the scaled-down versions. The commercial versions or whatever. So I try to give as much as I can to get people to not only understand and appreciate what I do, but to have a greater knowledge of music afterwards. I try not to overwhelm them. I can go pretty complex. I try to keep it cool.

I think Movement is a great vehicle for people, who aren’t necessarily educated in electronic music, to open themselves up to multiple different styles. Do you think this is accurate? Is Movement a stage for hearing new styles?

Carl: Because I’ve been doing this for so long, I find that there are people that are just going to come because of the name. My duty is to give them the opportunity to find out more. Some people decide that they don’t want to really be there and they just stick their head in and walk out… whatever. But the ones that stick it out are the ones that are really most important.

Is there a benefit to knowing the timeline, the evolution, and growth of electronic music when exploring new styles? With all electronic genres being relatively new, does doing your homework, so to speak, help listeners to enjoy the story of the music?

Of course, you can enjoy it without doing homework. We’re mercenaries, as well as missionaries. If we go in trying to preach too hard, unfortunately, it can turn some people away. You want to keep them interested. So, the ones that are into the idea of knowing more are going to come and do it. Let me go on your website and learn about these guys. Let me Google this cat because I kind of like what he’s doing. Even when someone Shazams a track and then they decide to research more from the track that they’re Shazam-ing. I think it’s important to give people the opportunity to find their path. I mean, like when I was in school… I sucked in school. I wasn’t interested in reading. I didn’t really start reading books, full books, until I was way into adulthood. Everybody has their time.

Carl: I rejected all the learning that was trying to be forced on me in high school. I’d get kicked out and I’d go and play video games. I was interested in that. [Laughs] I was able to find the possibilities to learn more as I grew older. I found my own time to get into it. A merry-go-round is going to go in a circle. Always in a circle. You can jump on it anytime you want to, as long as you don’t hurt yourself. That’s kind of what this is. This music thing is a merry-go-round. It’s always going around. When you see something you like when you see that horse coming around – jump on. Then you start to appreciate where you are. Most likely you will either grow into the music, or maybe you’ll find another music to go to from that. That’s why I don’t reject EDM, because it gives the possibility for someone who is going to be interested in the music to do the research, go back, and say, ‘ Okay, well I like this guy, and this guy was influenced by Paul VanDyke, and Paul VanDyke was in a photo with this guy from Detroit. Who’s this guy from Detroit. I’m from Detroit! That’s Carl Craig. He’s friends with Paul VanDyke?’ You have to give the time to people. 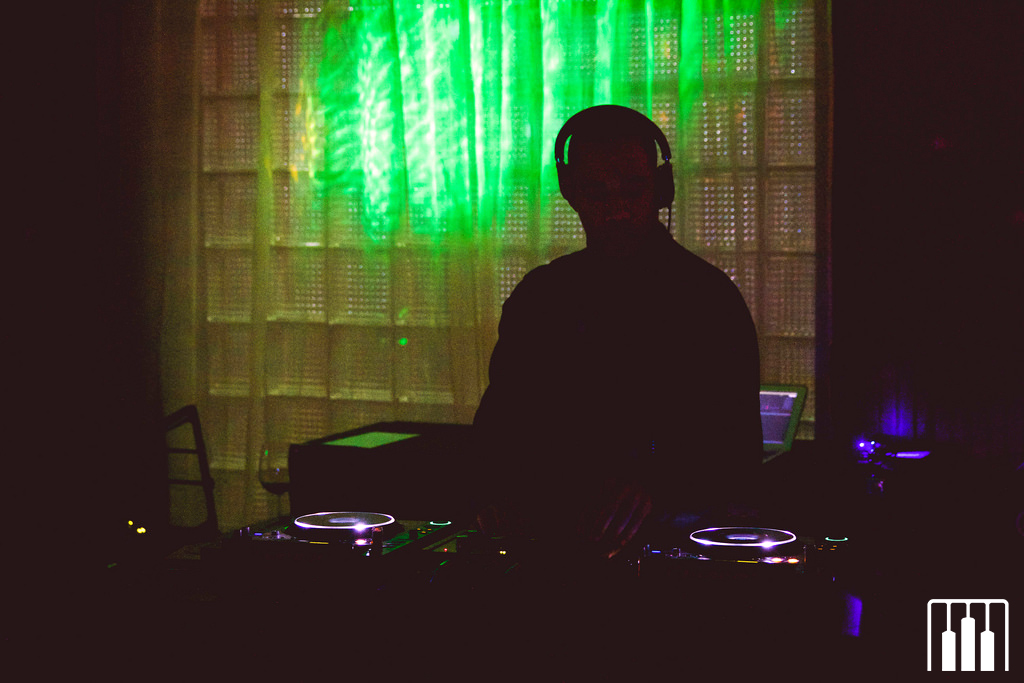 At the panel on May 20, there was some discussion regarding the effect the Internet has had on the electronic music community. Some of these effects are pretty negative. You touched on some of the positive effects already, but what do we need specifically from new technologies to nurture the healthy growth of electronic culture?

Carl: I think, at least for Detroit music, it would be fantastic to have a community specific to Detroit music that would be kind of like going to a record store. Where you can find every music resource on anything. Whether it’s Spotify backslash Detroit, or if it’s Google… whatever it is, giving an interface to someone that is easy to access, and comprehend, and sort through, to see video performances, and all of that. Like, on Beatport there is not a Detroit section. So you lose that from going to Record Time. You go to Record Time and it has a Detroit section. You go to Harrowax and it has a Detroit section. Go to GroundFunk and it has a Detroit section. Physical stores have these things, but these digital stores are lacking. Some type of community that’s within something that everyone can get ahold of, and you don’t have to be on the search for it. You can just find it, and it’s all there.

Just know where to go.

And know where to go. I think especially if it starts for Detroit techno, it will start for all types of music. For rock, for rap, for whatever. If there’s something like that already: tell me. [Laughs]

I mean, we’re working on it. [Laughs] But I know what you mean. More like a comprehensive database. An online music search tool almost. I totally agree. There is a need for that.

A situation like this [Motor City Wine performance] is like running a marathon. Playing a festival is like running a sprint. This is like the Boston Marathon, but that’s like the Olympic games, like the 100-yard dash or something. The set is only an hour and a half. You really gotta give it to them. You gotta give it your all. Today is gonna be like, ‘Okay. I can start out easy. I can do my thing. People are coming in, and they start vibe-ing off of each other, and then we get into a crescendo.’ By the end of it I can go anywhere or play anything. What happens with Movement is a lot closer to what I do every weekend when I play gigs, because you go on stage, and get behind the decks, and you get at it. This is a treat in comparison, because you can expand it even further musically. Maybe one year I’ll do a long set at the festival. I’ll open up on a Saturday. Start at twelve and end at four. Just have a long set, and let people come in, and just enjoy. Playing the music that way is cool, so we’ll see what happens in the following years. They are both equally fantastic, but I can stretch-out a bit more when I do a longer set.