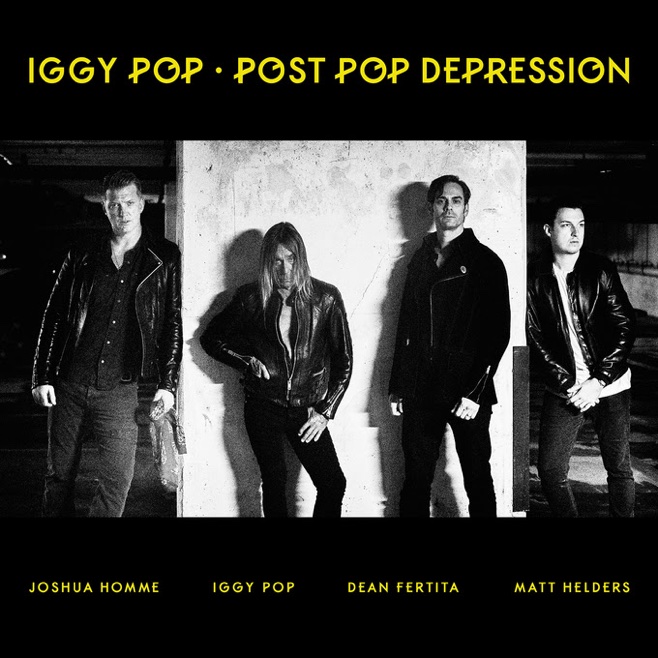 Detroit proto-punk legend Iggy Pop (The Stooges) has teamed up with Josh Homme of Queens of the Stone Age and Eagles of Death Metal to create an album titled Post Pop Depression, due out March 18 via Loma Vista/Concord. Recording sessions were completed in secret at Homme’s studio in Joshua Tree, California. Both artists also appeared on Thursday’s Late Show with Stephen Colbert, where they played sleazy lead single “Gardenia.”

In addition to Pop and Homme, the supergroup responsible for Post Pop Depression includes another Detroit native, Dean Fertita of Queens of the Stone Age and the Dead Weather, as well as Matt Helders of Arctic Monkeys fame. A tour supporting the record has been confirmed, in which the band will be supported by Queens of the Stone Age’s Troy Van Leeuwen (guitar) and Chavez’s Matt Sweeney (bass).

See the complete tracklist for Post Pop Depression below and listen to “Gardenia” after the jump: