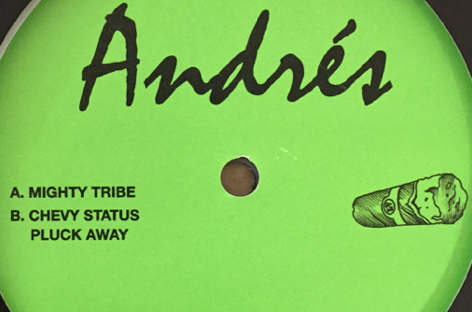 Detroit house impresario and Slum Village DJ Andrés will soon release a brand-new 12” entitled Mighty Tribe. While the musician is being cagey about the exact drop date, FIT Distribution helpfully indicates that it is “upcoming” and is currently available for pre-order on their website. They also provided clips of the three tracks (“Mighty Tribe,” “Chevy Status,” and “Pluck Away”) to get fans’ engines primed.

On Mighty Tribe Andrés has opted for a lush, disco-infused sound that represents a bit of a departure from his three prior releases on his own imprint La Vida. Before La Vida’s inception, Andrés had been pumping out groovy house music on various labels for nearly twenty years. Catch this latest addition to Andrés catalog very soon.