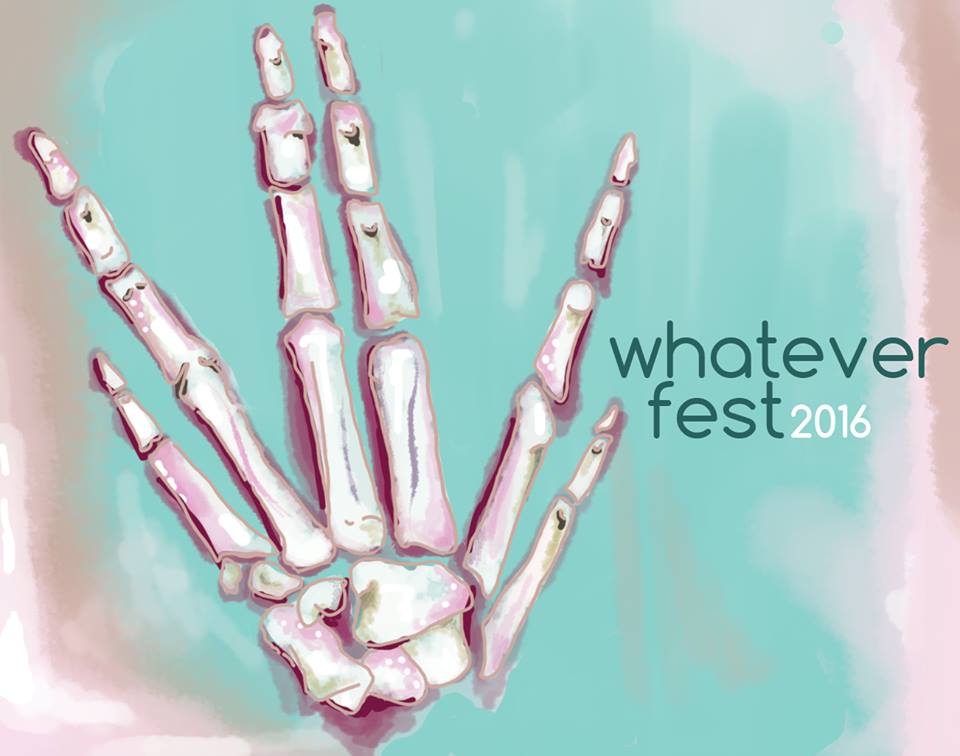 It began as a party at a Cass Corridor apartment building, but five years on, WhateverFest has grown into one of Detroit’s most eagerly awaited music festivals. The sixth edition of the event promises to be bigger and better than ever, expanding to three days and moving outdoors across multiple venues. Festival founders and organizers Soph Sapounas, Brent Szczygielski, and Mark Anthony Stanisz have brought together more than 60 local acts as well as a bevy of art: live artists, merch/art vendors, art installations, and performance art. WhateverFest truly is a weekend where the DIA goes DIY.

Most important of all, the entire festival is a fundraiser whose proceeds will go to Community Push, The Youth Transit Alliance (Detroit Bus Co.), and Scripps Park. The first day of the festival (May 6) will be completely donation-based. Wristbands will be sold on May 6 and 7, and pre-sale wristbands can also be purchased here. Weekend passes are $15, while day passes for Saturday or Sunday only are $10 per day.

With so much music to take in over the weekend, Detroit Music Magazine has put together a one-stop guide to WhateverFest 6. Here you’ll find set times and all the info on after-parties. We’ve also highlighted some artists that we feel are of particular interest. But whatever your musical tastes, you’re sure to find something to your liking this weekend. 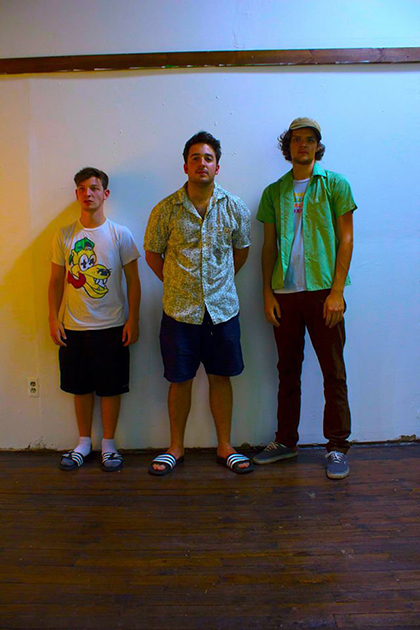 Taxon Clade are a three-piece band from Midtown who have been plying their soul-pop groove sounds around the area for a couple years now. They are preparing to release their first full-length album this summer, which they recorded with Jim Diamond, the founder of Ghetto Recorders. This set at WhateverFest will be a great preparation for listeners before the group break big this year.

Back to top | Jump to: Saturday | Sunday 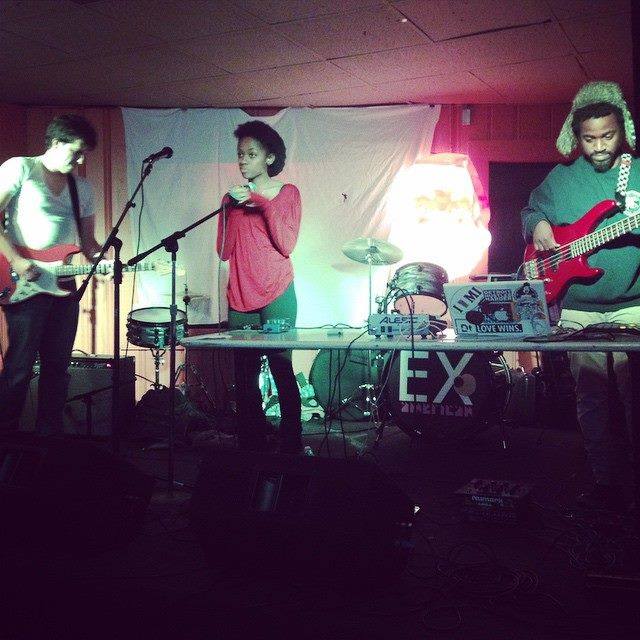 Detroit trio Young Punk premiered their self-titled LP on Detroit Music Magazine earlier this year to considerable acclaim. The group — comprising Nick Van Huis (guitar), Taijah Johnson (vocals), and Stephen Stewart (bass, percussion) — combine different genres in unique ways, from the lilting charms of R&B and gossamer smear of shoegaze to the stately majesty of post-rock and rough-and-tumble rhythms of hip-hop. Though they play regularly at the New Way Bar in Ferndale, WhateverFest is a great chance to catch this exciting act in an outdoor setting.

Detroit rock group Flowers Bloom have a Spaghetti Western aesthetic indebted to Nuggets-style garage. Their revivalism is quite literal: on their excellent, country-tinged 2015 single “Yeah They Told Me,” they complain that “kids don’t move their hips just like they used to” and bemoan the rise of techno. If you’re looking to twist and shout to some retro-sounding tunes, be sure to check these harmonizing hippies out.

Vocal musician Martez Claybren borrows equally from Motown vocal stylings and modern dance music to craft his unique blend of neo-soul. Citing himself as a fan first, he experiments within multiple genres of electronica, usually on the groovy side of the spectrum. While his recorded music is laid-back, Martez has an affinity for UK garage and Chicago footwork, so he may lay down some heavy rhythms to take us into Saturday night.

The Erers stay true to Detroit’s garage rock roots, even as styles change and trends come and go. The trio build their sound on the classic foundation of three-chord blues-rock riffs, but to it they add extended psychedelic jams and the groovy Motown rhythms of their hometown. It’s no wonder they’ve been asked to share the stage with The Kills and Black Pistol Fire and that those shows both sold out. Detroit Music Magazine premiered the video for their track “I Can Do Anything,” and based on its reception, it’s safe to say they’ll do as much at WhateverFest.

Moonwalks are a Detroit four-piece whose take on psychedelia is sufficiently reverb-y and trance-like to be called space rock. But just when their eerie guitar work has got you hypnotized, the rhythm section snaps to, proving them capable of serious post-punk bite. The group’s debut full-length, the thrillingly spooky Lunar Phases, was named one of Detroit Music Magazine’s top ten albums of 2015. If you dig the paisley punk of local acts like Bad Indians, you’ll definitely enjoy Moonwalks’ trippy set.

Back to top | Jump to: Friday | Sunday 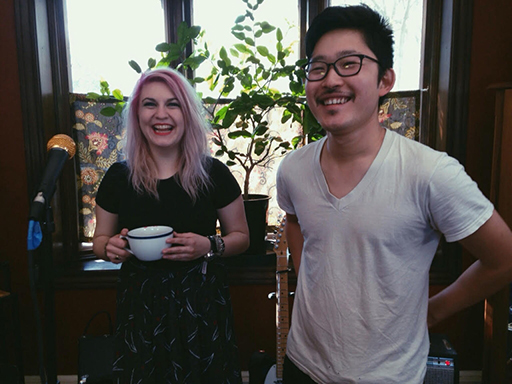 Processed with VSCOcam with p5 preset

26-year-old Detroit native Sheefy McFly is redefining our ideas of rap today. He released his first self-produced mixtape while attending the Detroit School of Arts, and since then he’s released 20 more self-produced albums in a variety of genres. While primarily known as a hip-hop artist, McFly has also made electronic music and punk rock. As a fixture of the city’s DIY scene, McFly is the quintessential WhateverFest act, and there’s no telling what we can expect from this multi-talented musician.

Detroit-based duo Lt. baD were formed in 2012 as a tribute to early eighties boogie, electro, and breakdance music. The former indie rockers had previously released mixtapes of their favorite tracks from this classic era but recently put out their third album of original music, Electromagnetic. Expect them to light up the dancefloor with retro-flavored bangers Sunday night.

Dayggs is an Ypsilanti/Ann Arbor-based producer who recently stole the show at Paramita Sound’s regular Beat Profile party last weekend. This rising artist definitely favors hip-hop, while also mixing in some juke and future bass joints. A quick look at his Bandcamp page reveals over 100 beats and a thirst for experimentation, similar to Knxwledge or House Shoes (if House Shoes listened to more trap). If there’s one thing we can expect from Dayggs, it’s that there won’t be anything else quite like him at WhateverFest.

Vocalist Zee Bricker and instrumentalist Adam Michael Lee Padden are Tart, a Detroit-based duo whose songs combine smoldering blues and sparking electro-pop. After their 2014 debut Knots and single “Rabid Dogs,” the pair returned last year with a shiny new EP, These Are Not Love Songs. Their set is sure pack a serious punch, bringing bite and soul and electrify the WhateverFest stage.

What better way to close out WhateverFest than a dose of classic Detroit rock. The Ill Itches traffic in the tradition of The Stooges and MC5, with the quartet kicking out the jams. Stephen Schmidt (vocals, guitar), Joshua Woodcock (guitar), Matt Mruzek (bass), and Matt Livengood (drums) will bring plenty of raw power to their set, and this will be one set you’ll have to add to your list.

Back to top | Jump to: Friday | Saturday

All images provided courtesy of artists.