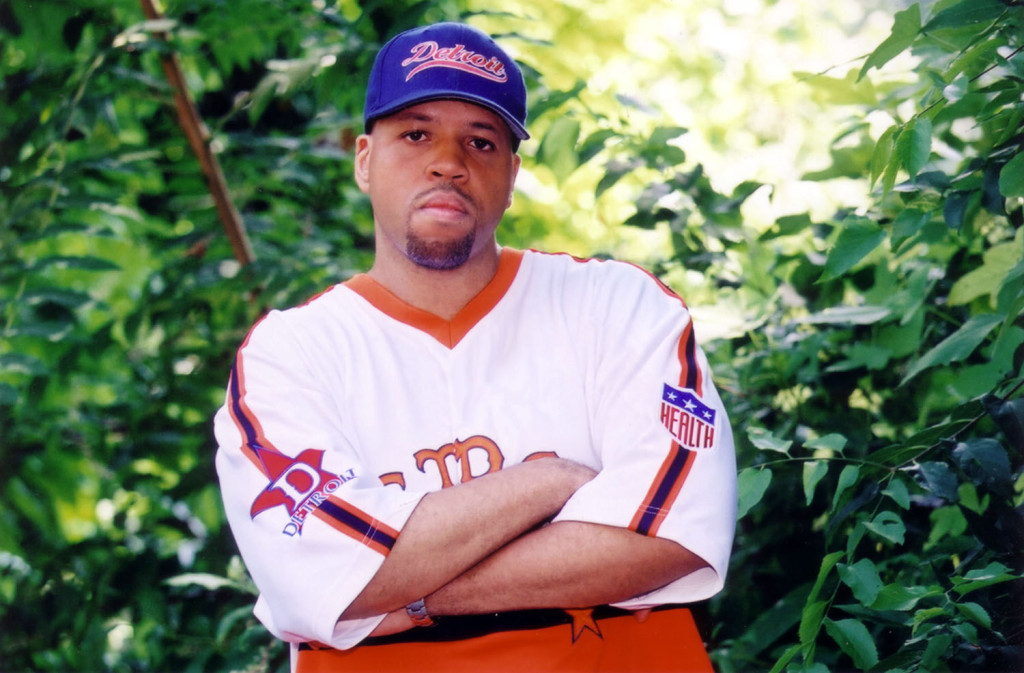 DJ Assault (aka Craig Diamonds) is a Detroit legend.

Having grown up in Detroit during the birth of techno, Assault fused the worlds of hip-hop and electronic music to create a style he has referred to as “accelerated funk.” After more than two decades of music-making, DJ Assault is an international brand. His label, Jefferson Ave. Records, continues to release his music here in Detroit.

In addition to his energetic live performances, Assault’s music has been widely successful with film and TV placements, including programs such as MTV’s Road Rules, Comedy Central’s Chappelle Show, DreamWorks Pictures’ I Love You Man, Coca Cola’s DJ Tour, Géla Babluani’s Oscar-nominated picture 13 and numerous others.

DJ Assault took the time to speak with DMM regarding his successful career, the lost art of turntable mixing, and Detroit’s place in electronic music history.

When you were growing up in Detroit, techno was really starting to blow up. Were you influenced by people like Carl Craig, Jeff Mills (The Wizard), and Electrifying Mojo?

I think when I heard my first Carl Craig record it was like ’93. [Laughs] Yeah, but The Wizard and Electrifying Mojo, those were probably the only people I listened to, because I was really young. So, I had all the time to just sit in the house and listen to the radio or record the radio. I still have hundreds of tapes. You know, that I recorded as a kid from back then. That was the radio with Mojo and The Wizard. When I could get ’em, Chicago radio with all of the Hot Mix DJs too — like Farley [“Funkin” Keith], Bad Boy Bill, Julian “Jumpin” Perez, Mike “Hitman” Wilson… I’m probably leaving some out. But yeah, it really influenced me, because I didn’t know you could mix records like that. And I wanted to imitate what I was hearing. At the time, everything that came out was very good. That was the difference, you know. I was really influenced and really wanted to get into it because all the material was good.

In your early solo career you established the DJ Assault persona, which stemmed from a name you had in a previous group. The DJ Assault on stage is all about the party, while the offstage side of DJ Assault seems more reserved. It seems like there are almost two DJ Assaults. Is that fair?

I mean… I would say the DJ Assault persona is part of my personality, because I have a… I don’t know… a sense of humor that’s not for everybody all the time. But that’s just me. I think that everything about art can’t be your life. I feel like people try to act like the character, especially now, they try to act like the person on the record. That’s just kind of fake. You should be you. My records did have to do with what was going on at the time. It wasn’t so far out of the realm of who I really am. I guess that was just a side of me. You get one side of me on the record, but I’m multifaceted. I would say there are a million sides to me. I’m pretty complicated.

It seems like you have toned down the raunchiness of your lyrics a bit since the early days. Is there any particular reason for this?

[Laughs] You people notice everything. [Laughs] Well, basically — when I started thinking I could get licensed for film and TV… You know, it’s harder to get all the profanity licensed. It pretty much narrows the opportunity. So it became a good idea to not make every record like that. I didn’t know where they would end up. Records I didn’t expect to do anything ended up being really big with film and TV. Also, it got to the point where everyone was pretty much imitating that style. It got to be like — who would make the worst record? It became a competition, and it was deteriorating more and more. It was like, ‘I said something awful. How can I get worse than that?’ It kinda just turned into cuss music once everybody did it. That whole thing is kind of played out now if you ask me. You’re competing for worst place instead of first place.

You’ve been asked to define your sound a million times, but can you explain why the term ‘ghettotech’ makes you cringe?

If you look at what they want to call dance music, or electronic music, or EDM now… They want to rewrite the history of things. I think it’s really weird that I created a style of music that they called ‘ghettotech’ and people copied that style. Then the first chance they had to talk to a magazine they had some brand name for it. Outside of the major categories of music, when you put a name on something — that’s the end of it. It usually comes to an end. When you want to classify it as a specific genre it comes to an end. I just simply called it my style of Detroit dance music. You had Kevin Saunderson, Juan Atkins — even Jeff Mills — the people in Detroit that came before me. So, that was just my form of being from Detroit and making Detroit dance music. It didn’t need to be called ‘booty bass’ or ‘ghettotech.’ If you tell somebody you do ‘ghettotech,’ that’s not a very descriptive term. That’s how I looked at it. It’s not really marketable. Just saying it, you would have to tell a person more — from a marketing standpoint. 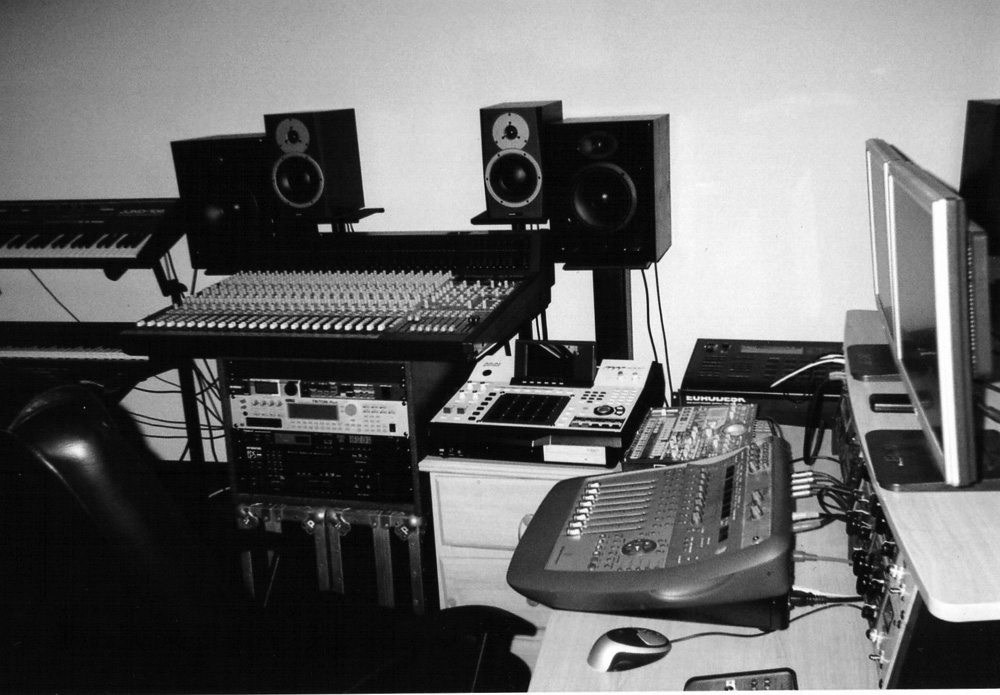 Since Straight Up Detroit Shit (1996) was released, have you had any changes in your equipment with the digitization of techno? Have you used newer components or maybe even gone back to some older methods?

Oh, man. [Laughs] It’s been a turn. Experimentation mostly… and a waste of money. [Laughs] Back then it was the Ensoniq EPS-16+, which was basically just a sampler. Then I got curious with all of the Roland Fantoms, Yamaha MOTIFs, and even before those was the Korg Triton. That was one of the first things I got in the late ’90s. The Korg Triton. I’ve had everything. MPC 4000, Junos, Casio keyboards, the [Roland] R-8 MK II — most of it I’ve sold. I love that MasterLink — well, that’s probably discontinued now. You know, the digital CD recorder with the hard drive in it. I kept that. But most of the stuff I just sold… I mean I was just a Beta tester for Ableton 9, but to me that stuff is for kids. But I did get inspired by the kids on the Internet using [FruityLoops] Studio. I’m using that FL Studio 11 for some of my music production. I really love that because it makes me think different.

You didn’t mention turntables. Is that becoming a lost art?

Well, it’s not to me, because I’ll always do it. It’s what I’m saying about inspiration. You know, I wouldn’t do music now if I was coming up, because it’s not about talent anymore. I don’t respect people that call themselves DJs, and I don’t care who it is… I’ll tell them personally, that if you don’t mix records on your own, without any assistance or any of them weird, fake aides that match up beats and tempos, you know — that’s not a DJ. It’s something else. They can call it something else. I don’t care how much they get for a show. It’s too bad that the integrity of things have to be, I don’t know — compromised.

It seems like you are doing a lot more touring lately. What can we expect in the future from DJ Assault?

Well, I’m trying to find out about vinyl releases for the beginning of the year. I don’t know what’s going to be on the record, because I want it to be stuff nobody has heard if it’s going to be specifically vinyl. More physical products. Maybe even some stuff that is only available on CD. Like, the digital stuff — it’s cool, but it’s not a physical thing. I think that kind of gets weird to people. So I want to do more physical releases. I’m also doing a show on the first Monday in November [November 4] at the Grasshopper in Ferndale. There may be another in December. Maybe even on New Year’s Eve.

DJ Assault will play the Grasshopper Underground, in Ferndale on November 4, in celebration of his birthday. Doors open at 8:00 p.m.

DJ Assault’s music can be found at Jefferson Ave. Records and iTunes.