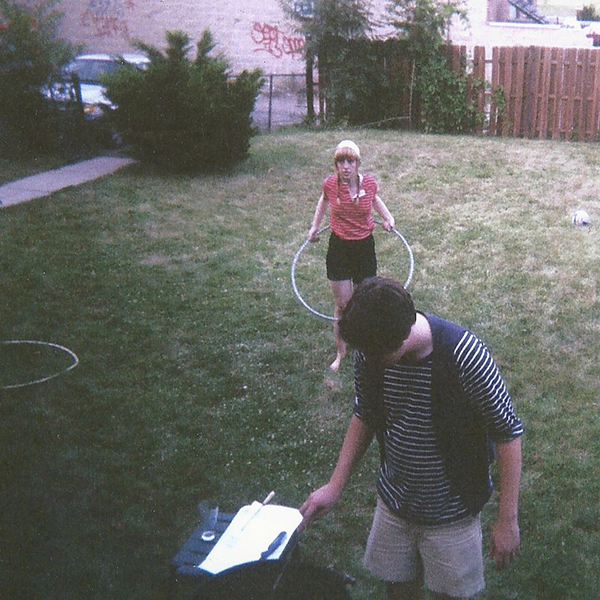 Just like the title of Deadbeat Beat’s latest tape makes clear, Only Time Will Tell, as fans have waited for new material from the beloved trio for over four years now. Since 2011’s When I Talk to You, the group have amassed a cult-like following by playing shows here and there, while each of the members has kept busy with other projects as well. The reputation of the act’s live show precedes them, but witty banter and musical tightness aside, Deadbeat Beat are friendly and approachable, which is a rare accomplishment. It’s like your good buddies are playing at a party just for you, even if you don’t know the band members in the slightest.

Somehow, Only Time Will Tell packs all these qualities into a little cassette tape. The first seconds of opening track “Runaway” contain the familiar guitar jangle listeners have come to love from the band. Then it’s overtaken by a different sound, akin to the psychedelic leanings of other Detroit bands. It’s nice to hear them exploring but at the same time maintain their pop sensibility and penchant for surf rock. Singer Alex Glendening injects so much character into his songs that they could pump out stoner metal or krautrock tracks, and they’d still sound like a Deadbeat songs.

The trio can craft impossibly catchy songs with an enviable amount of ease and finesse. Glendening and drummer Maria Nuccilli will “ooh” and “ahh” their way straight into your heart and shoot all the way down to your dancing shoes. “Tin King” is a nice power pop departure, featuring vocals from bassist/guitarist Josh Gillis. “When I Talk 2 U” and “Out Of Town” are two prime examples of how the group inject some doo-wop flavor into their hooks.

Yes, the songs have a fair amount of “babababaaah” and “ahaaaaaahaa,” but all the instruments and vocals meld together as one melody. You could compare it to the popular Wall of Sound on 1960s AM radio, with enough gusto behind it to support a band of 10 or more. That’s why Deadbeat Beat are such a moving band — they mix Detroit rock ‘n’ roll swagger with some toe-tapping melodies and affecting lyrics. They are relatable, and they know when to let loose, just like your good friends.

The cassette tape format helps it fit into any occasion. Only Time Will Tell is as much fun to listen to at a summer BBQ as it is in the dead of winter cruising around the concrete jungle. The songs have a lot of substance but feel short and sweet at the same time. The band achieve this balance effortlessly, and after each listen it’s still easy to find something fresh. Music fans can all find something to connect with in these songs, giving them the rare quality of mass appeal without losing their sincerity.

You can stream Only Time Will Tell below and purchase tapes at Found Sound, Lo & Behold, Hello Records, and Gold Tapes soon.