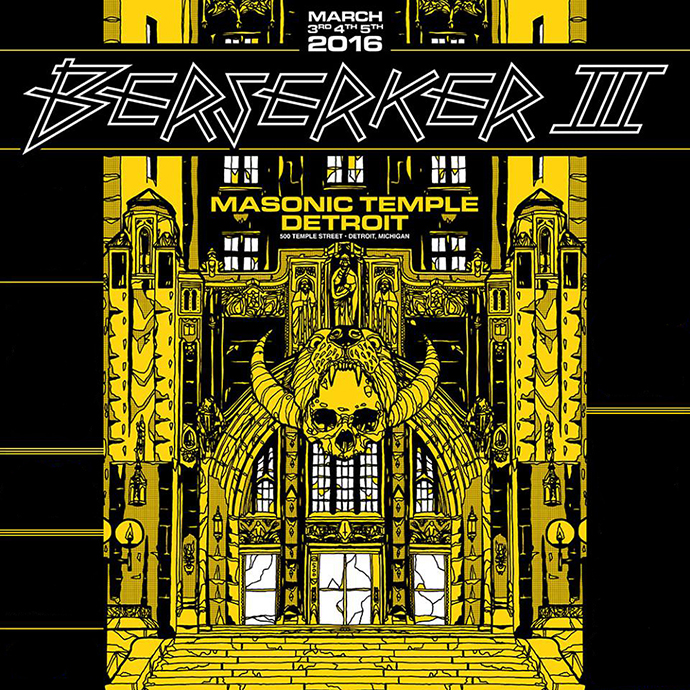 The details of the third annual Berserker Fest, which brings together local, national, and international extreme metal and underground punk acts, have been released. Due to overwhelming interest, the event has been moved to The Detroit Masonic Temple this year after having taken place at The Loving Touch in Ferndale for the past two editions. Berserker III will consume five floors of the building from March 3 – 5.

The festival is open to all ages. Weekend passes start at $35 and can be purchased online or in Royal Oak at UHF Records. A free “PREserker” show will take place at Small’s in Hamtramck on Wednesday, March 2 at 7 p.m., including 8 bands on 2 stages playing back-to-back, 30-minute sets. Acts include Cloud Rat, The Armed, Gore, and more. Visit the official Berserker III site for more information about the fest.