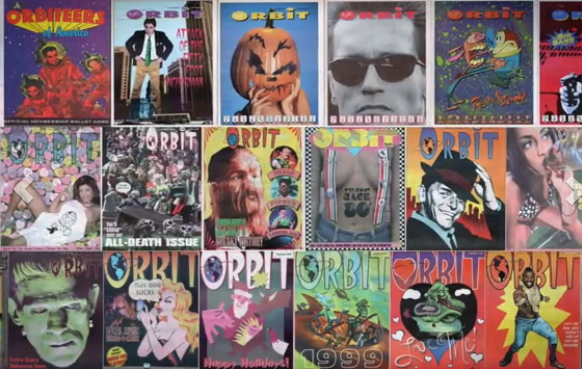 In celebration of Orbit Magazine’s 25th anniversary, Detroit-native author and radio host Rob St. Mary has successfully raised more than $20,000 to produce a book on the magazine’s history.

(Orbit Magazine was published from 1990-1999, with Fun and White Noise as its niche predecessors.)

In an attempt to raise funds for the book’s production, St. Mary hosted a crowd-funding campaign via Patronicity, which has received approximately $24,000 as of November 12 (meeting the original goal of $17,000). However, the majority of the campaign’s online pledges were received all at once, when Detroit’s own Kid Rock offered a whopping $20k to ensure the project’s funding. Kid Rock appeared in more than 25 issues of Orbit, first appearing in Issue No. 9, December 1990.

The Patronicity campaign for “Re-Entry: The Orbit Magazine Anthology” ends on November 21. Donate to the project here and watch the campaign video below: