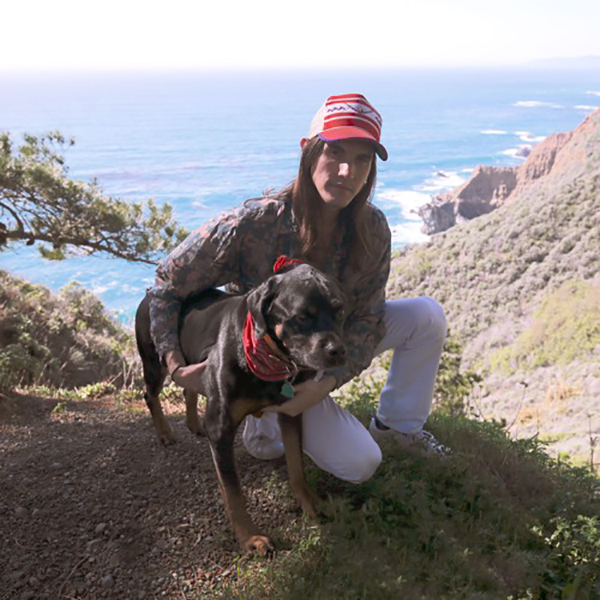 “The expression you were wearing of emotional pain / Like anybody struggling to keep themselves sane.” Thus begins “Runnin,” the latest track from the peripatetic indie folk duo Ohtis, but the narrator’s detached intonation is worlds away from the anguish the object of his gaze must be experiencing.

This first single from the forthcoming album Bobo, Dad, and Holy Ghost — which Detroit Music Magazine is proud to premiere — is a study in contrasts, down to the title itself, which conveys a state of rapid movement. Yet the song doesn’t move at a clip so much as it takes its time getting to its destination.

Ohtis are Sam Swinson and Adam Pressley, two musicians hailing from central Illinois, whose careers have taken them across the country. Pressley moved to Detroit in the 2000s and was a member of Prussia before forming Jamaican Queens with Ryan Spencer. And though Swinson now lives in Los Angeles, the two still manage to find time to record and tour together as Ohtis.

The sun-kissed “Runnin’,” with its lilting slide guitar and clicking castanets, has a bit of its creators’ itinerant energy — one forged in the frontier spirit of Americana’s wide-open, panoramic vistas. When the chorus kicks in, with its backing female vocals singing “I will go runnin’ with you / Runnin’ in the Missouri night,” a state of the Union (“Missouri”) sounds just like a state of mind (“misery”).

It’s friction like this — between physical cartography and psychic topography — that animates the “Runnin'” of Ohtis’ protagonists. If our first taste of Bobo, Dad, and Holy Ghost is any indication, there will be plenty of people making a mad dash to listen to the rest of the album.

Stream the DMM premiere of “Runnin'” below:

Ohtis will play a set between the WAB (Woodward Avenue Brewers) and the Emory in Ferndale this Saturday, July 16 at 6:30 p.m. as part of Pig & Whiskey 2016.