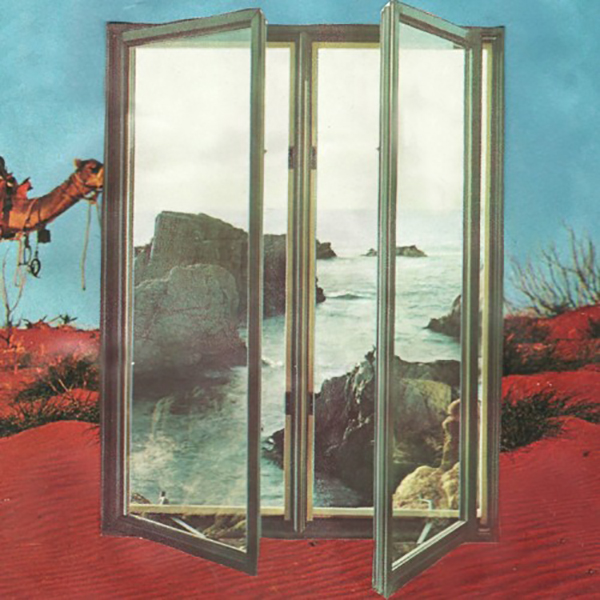 Moonwalks’ second full-length effort, In Light (The Scales in the Frame), is all blistering guitars soaring eight miles high across the firmament. The Detroit psych outfit have managed to take their wall of sound — huge enough, surely, on 2015’s Lunar Phases to excite any Trump supporter — and make it even bigger. The effects-laden guitars have pulled away further from the rhythm section, resulting in a record that’s spacier still than its antecedent. Drummer Kerrigan Pearce and bassist Kate Gutwald nonetheless provide enough heft to distance their group from dreamier shoegaze acts, while vocalist Jake Dean’s creepy incantations add to Moonwalks’ trademark menace.

Album opener “A Little Touch of Gravity” gets things off to a flying start, so as to render the song’s title somewhat misleading. The track’s groove and jagged guitar attack are reminiscent of the Radiohead classic “Bodysnatchers.” One reason Moonwalks sound lusher is that Pearce uses her cymbals more for eighth notes now, rather than her toms. Numerous adjustments like this throughout the album indicate an ongoing, detail-oriented quest for the perfect prescription. Once you’ve come down from In Light’s druggy atmospherics, you realize that this is Moonwalks’ most refined work yet.

“Gravity” is the most immediately satisfying track on the album, and it probably tops Lunar Phases’ “UFO Factory,” which was named among our favorite tracks of 2015, in this regard too. If you’re a fan of psych-punk contemporaries like Sacred Bones aces Destruction Unit and The Men, or indeed of local heroes Bad Indians, this initial blast might feel like something of a tease, as none of the following tracks on In Light are quite as urgent. “Steam Train,” the second track, transports us to an altogether headier plane. The multistory house of mirrors formed by the guitars is an album highlight, and the harmonies generate a sense of cosmic androgyny.

The droning “Dust Is Magic,” with its hippie-friendly chorus of “Dust is magic, magic is love/ Love is magic, magic is dust,” flirts with pastiche, along with a few other moments on the album — though, to be sure, nothing coming out of Haight-Ashbury in the late 1960s was half as heavy. Bands with a sound as expansive as Moonwalks’ often risk getting bogged down under their own weight, especially if the production isn’t up to scratch. This record does well to use proggy interludes to establish a dynamic between its densest moments.

Closer “Sequins,” which swaggers like a royal caravan across a desert soundscape, is the most distinct showcase yet of Moonwalks’ muscular, reverb-drenched brand of psychedelia. This stoned send-off finds Moonwalks occupying an aesthetic niche that suits them quite nicely. Whether the song’s place at the end of In Light foreshadows Moonwalks’ future exploits we’ll have to find out, but something tells me Detroit’s favorite psych cosmonauts will go on probing the limits of their terrifying sound.

In Light (The Scales in the Frame) is available for digital purchase from Moonwalks’ Bandcamp page. Listen to “Hum” below: