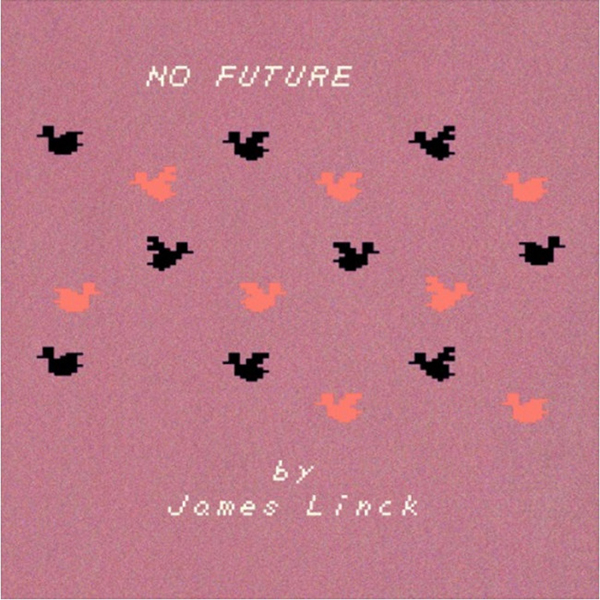 James Linck’s No Future is a bittersweet celebration of his last days in Detroit. This will be his final release before the alt-R&B singer-songwriter moves to the West Coast to pursue his musical career. While writing and recording this EP, Linck was not aware of his impending move, but in hindsight, No Future sounds like a sign of things to come. The lyrics, laden with nostalgia from the idyllic Michigan summer, would almost sound more fitting coming from a car stereo driving down La Cienega.

No Future opens by reprising motifs from Linck’s 2015 full-length Small World, instructing us to “set the children on fire” while verbally illustrating tableaus from Jefferson to 75. Linck’s voice is permanently hoarse from singing with such strained passion, and he blurs the line between poet, singer, and rapper. No Future is possibly his cleanest produced work, and these tracks are ready for radio play. With bouncy synths galore, head-bobbing is a natural side effect.

The EP is chock–full of feel good jams that sound just as great on the fifteenth spin as the first. Linck’s intimate lyrics and candor are genuine, and his distinct brand of pop is infectiously happy. By the time you hit “Half Up Front,” he’ll have you believing you’ve always been lifelong friends. With his exodus on the horizon, he remarks “gotta remind myself / that it ain’t that serious / the way we come and go / mysteriously from black to black.”

No Future ends with the epic Auto-Tune–tinged ballad “When Cars Fly / One More Snooze.” The song is a journey that starts with Linck harmonizing before cutting into a sample of WJLB Radio. He snaps back into an electro-rock jam that awakens listeners from the floating dream amidst radio bumps to close the EP in grand fashion. Until this moment the tracks have flown by, but the outro seems to stop time.

Linck has stated that this EP is like a goodbye letter. Although he was in the dark to the upcoming major life change while making the record, Linck felt “like the creativity was moving on before I actually did in any real world sense.” Coincidentally, Linck recruited more collaborators than usual for this project. Working with a bevy of hometown artists such as Ricky Rugerro, Jon Zott, Ben Bowden, Christopher Jarvis, Ryan Clancy, Steve Kendzorski, and Charlie Beans made for quite the farewell party.

It’s hard to let go — of seasons, of people, of places — but sometimes it’s for the best. It would be foolish to deny opportunities of such magnitude when they arise, as a new environment can often yield immeasurable benefits. James Linck is not the first Detroit artist to move west in pursuit of their dreams. Growth can be bittersweet, but as No Future proves, those are the pains one must endure to realize their full potential.

Listen to James Linck’s No Future EP below: