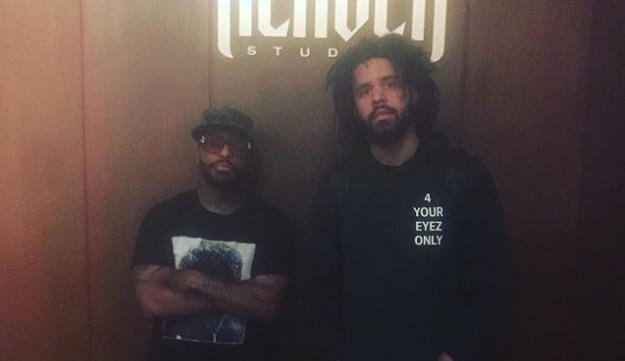 Kendrick Lamar’s The Damn Tour stopped at The Palace of Auburn Hills Wednesday for an unforgettable evening.

A few songs into the Wednesday performance, Travi$ Scott, who opened with a high energy set, mounted his animatronic bird and took flight. The sold-out crowd was whipped into a frenzy, screaming each line to hits such as “Pick Up the Phone” and “Goosebumps.” By the time Kendrick took stage, fans were rabid to see Kung Fu Kenny run through his latest album DAMN — his first Detroit area appearance since 2014.

The Damn Tour has been in full swing since July 12, but it seems Kendrick saved his biggest surprise so far for Detroit. Near the end of the set, J. Cole took the stage to perform “Déjà vu,” “Tale of 2 Citiez,” and “No Role Models.” Although J. Cole had performed at The Palace Tuesday evening, it was clear the audience was not expecting such an epic cameo. But it didn’t end there.

The moment Kendrick brings out J Cole in Detroit 🙌 pic.twitter.com/kjQZbMRZlc

Following the concert, Detroit rap legend Royce 5’9″ shared multiple photos of himself and J.Cole working at local recording studio Heaven. The hazy posts from Royce insinuated that a new collaboration may be on the horizon, captioned simply “Cole” and “Magical moments.” The joint session comes only a month after the release of Royce’s Green Lantern-hosted mixtape The Bar Exam 4.