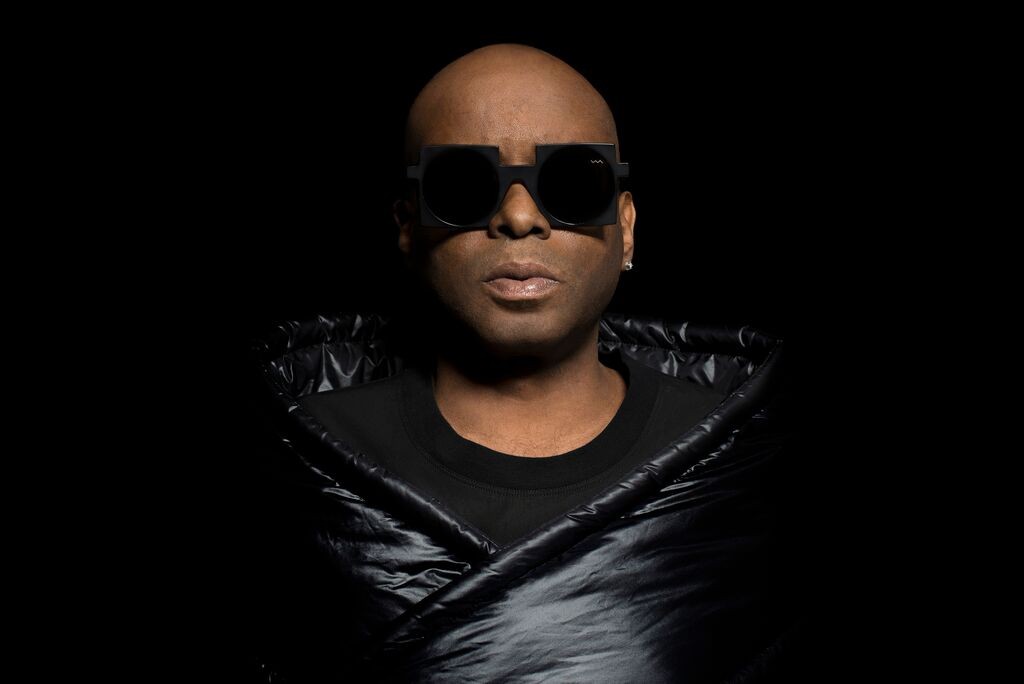 Juan Atkins is the creator of techno music.

As many new genres of music begin, techno derived from new technologies powered by the curiosity of young musical pioneers. Atkins, along with two other forefathers, Derrick May and Kevin Saunderson, (known as the Bellville Three) cultivated a new musical style, influenced by the experimental synthpop sounds of Kraftwerk and the deep funk of Parliament: an audible portrait of post-industrial Detroit.

Juan “The Originator” Atkins was the first of the three Bellville teenagers to begin using turntables and making his own music. After meeting Cybotron partner Rick Davis while attending Washtenaw Community College, Atkins began his electronic music career with the duo’s first record, titled “Alleys of Your Mind,” which sold more than 15,000 copies in 1981.

Over the last 30 years, Atkins has released an endless portfolio of singles, compilations, mixes albums and EPs, and toured the world performing his brand of electronic sound under multiple monikers. In 2008, Atkins recruited three colleagues (Mike Banks, DJ Skurge and Mark Taylor) to join his Model 500 brand. In February of 2015, Model 500 released its first full album since 1999, titled Digital Solutions.

On the heels of his new release, “The Godfather of Techno” spoke with Detroit Music Magazine regarding his upcoming performance at Movement Electronic Music Festival, Detroit’s role in techno’s birth and his vision of the genre’s future. 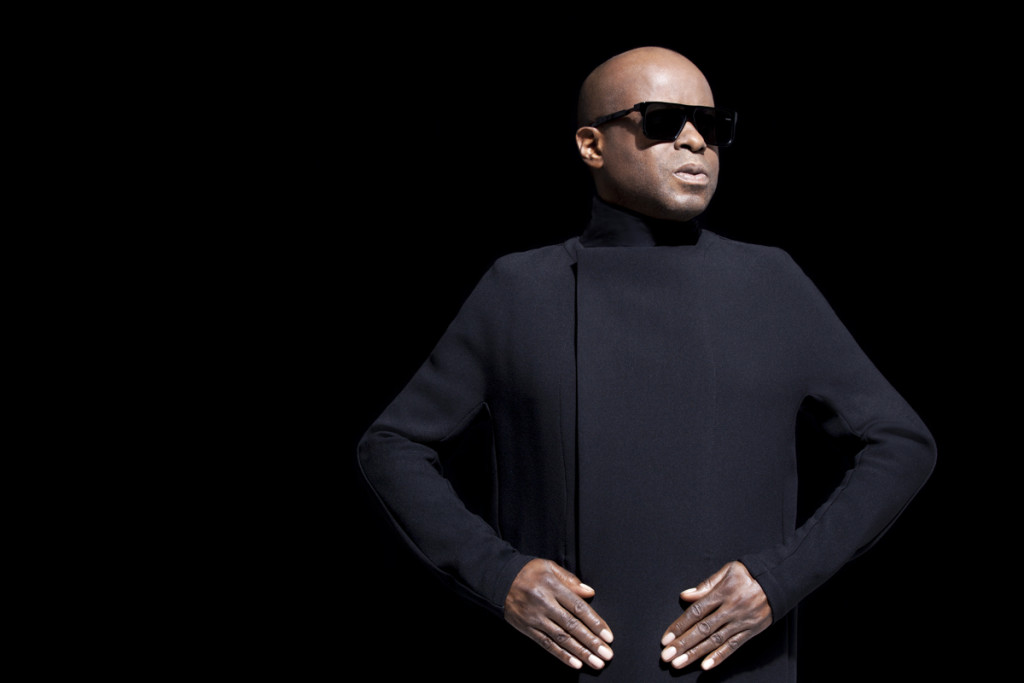 Well, to put it simply, you are credited with the creation of techno music… You grew up listening to the “Electrifying Mojo” on Detroit radio and started a movement by introducing electronic music to mainstream audiences worldwide. How did Detroit play a role in all of that, in the birth of techno and the story of your success?

Well, you mentioned Charles Johnson the “Electrifying Mojo.” He was definitely a staple of Detroit. Had it not been for him, history would probably be a lot different than it is right now… or the present or the future for that matter. He was a DJ who was on FM 107.5. That was back when there were only three stations on FM. The stations that were on FM were very loosely formatted stations. So he was a DJ who was on there who didn’t really have a format or limitations, and he played everything under the sun. From one side of the spectrum to the other. And he gained a lot of popularity. He was playing new music and a lot of different things. He played my record, my first record, “Alleys of Your Mind” with a group called Cybotron, which I started with Rick Davis. The thing about this record was it was the first totally American electronic record… it was a dance record. So, you know, he played it and it was an instant hit. I don’t think there were any other “Mojo”s around the country other than in Detroit. So that was one of the ways Detroit kind of inspired and then catapulted my career.

And, you know, it’s just the environment here. There has always been a strong music legacy here in Detroit. It was Motown. It was called ‘Rock City’ for a while. A lot of great rock artists came out of here as well. It’s just something about this city that stimulates musical progress. I can’t quite put my finger on exactly what it is. If I could, I would probably be able to bottle it and sell it. [Laughs]

Well it seems like that Detroit techno sound was very sellable, even to those not in Detroit. Especially Europe and specifically the UK.

You know, the only thing I can think of that I could make a comparison to what happened with us… was with Motown. Motown had their own sound. It just blew up all over the world.  It’s like the same thing. Like history repeating itself. Something about the melodies and the tones and the way they’re put together in this city. That creates a certain sound that people like worldwide. And it’s funny, because the “powers that be” in Detroit, like Detroit radio and people here… they seemed to overlook what they have right here in their own backyard.

I like to think the awareness in Detroit is getter better and people are starting to collaborate more.  Do you see that attitude evolving at all?

I still think it’s the same to a certain degree, but with the Internet and technology people are communicating more than ever before in history and bringing more cultures together in Detroit. You know, I can talk to people all over the world when I’m on the Internet, but I talk to people right here in Detroit that I probably would have never come across if it wasn’t for the Internet. I think it has bridged a lot of gaps.

It definitely plays a huge role in how artists get their music out and it may be the best avenue for releasing your work at this point. It seems like electronic music and the Internet go hand-in-hand, especially with platforms like Soundcloud and Bandcamp. Where was the proving ground for Detroit electronic music before the Internet made sharing and listening so easy?

Well, before that came along, basically, you had to get radio. If you wanted to be known. Going back to [Electrifying] Mojo… if it wasn’t for Mojo here in Detroit the landscape would probably look a lot different. So, radio definitely had a big impact on the development of electronic music in Detroit overall. When I started, you had to crack radio, but you could also get traction in the clubs. That’s really how a lot of records broke at the time. Radio was really waiting for it to come up in the clubs. You know, they were more loose in the club. Especially for dancing and dance music. A lot of records were built up in the club. I mean, Madonna came from the club. You know, her first record was actually produced by a friend of mine’s brother. When they made their first promo – her first promo was called “Everybody” …a lot of people probably don’t know Madonna made a song called “Everybody…” [Laughs] But this was her first record and we were all playing it. I never heard it anywhere else but in the club. Then all of the sudden, by her next record, she was a pop star. 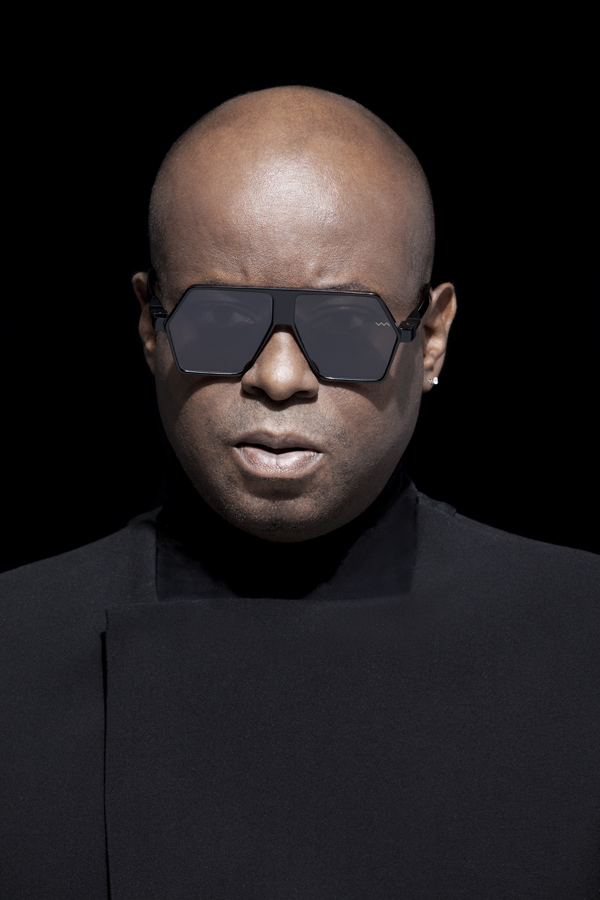 But with Mojo, that was the first place I heard Kraftwerk. He was playing electronic music before the term techno and before it became popular. There had always been a type of electronic music around, but it just become popular when some kids from Detroit… you know. But really what happens is the gear becomes affordable to the common person, you know? Before you would have to have to have a lot of money to acquire things, like the large synthesizers. I mean, affordable synthesizers didn’t really come out until the launch of the Minimoog and the Korg MS-10, which were small monophonic synthesizers that were four-five-six hundred dollars. This enabled kids like myself to be able to buy one and experiment. I think along with that it became popular and kind of expanded from there. But I think there had almost always been an electronic undercurrent. It just didn’t actually go above ground until kids were able to access that technology.

You recently celebrated your Model 500 release Digital Solutions. It’s the first Model 500 album in 16 years. Why 2015?

It just was time… It was just time. I have more fun not trying to figure out everything. Sometimes it’s good to let stuff flow in the time it’s supposed to flow. I think it just happened to come together at this time. I didn’t think ‘I’m going to wait until 2015 to release this record.’ [Laughs] But somewhere in the big picture, in the cosmic environment, it was meant to be at this time.

Are we going to hear some of that during your set at Movement this weekend?

Yeah, I think we’re going to do a couple of tracks off the album.

Anything else about the performance you can share without giving too much away?

Well, you gotta come and see it. The one thing that I’ve been trying to work on… well, one of my theories is that – as I tend to be good at knowing what the future is bringing – because the Internet has allowed a lot of downloads and sharing, records aren’t selling like they used to. I think more artists are placing emphasis on their live performances than ever before. So, therefore, I think we need to put more focus on the visual interaction with your audience. So, that’s how I’ve been trying to improve from show to show. More progressed in the visual aspect, not just the music. Use that aspect to enhance the music.

I’ve got a new visual guy that I’m working with now who has some great ideas, but there are some things that kind of limited me from spending as much time as I would’ve liked to progress that aspect of the show. So this show will probably be to about 50 percent of where I would like to see the visuals. But it will be interesting.

We’re looking forward to it. Any acts that you are particularly interested in seeing this weekend?

It’s going to be very interesting to see what this Snoop Dogg DJ set is going to be like. [Laughs] That’s a very interesting one for me. I’m trying to catch that… Other than that, they got Squarepusher playing on the same stage. That might be an interesting show. But you know, my daughter has come of age, so the [Red Bull Music Academy] stage will be the Metroplex stage from 9 p.m. to close on Sunday. So there will be all Metroplex-related artists. She’s doing her coming out show in a way. It will be good to see how she comes off on her own. She’s been playing showcases all around town, but this is her biggest show to date.