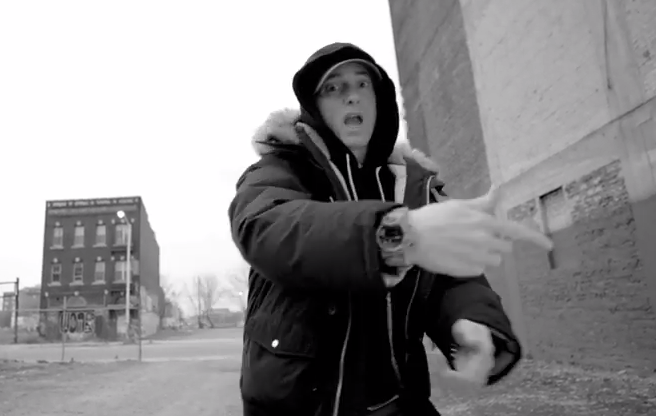 Finally (and without warning), Eminem has released a visual accompaniment to his star-studded Detroit anthem “Detroit Vs. Everybody.”

The black-and-white video features appearances by hometown contributors Eminem, Royce da 5’9″, Dej Loaf, Danny Brown, Big Sean and Trick Trick, and takes viewers on a cut-scene tour of the Motor City. At six-minutes long, “Detroit Vs. Everybody” embodies the intensity, diversity and grit of Detroit’s hip hop giants on their own turf.

Read the Detroit Music Magazine review of the track here. Watch the video for Eminem’s “Detroit Vs. Everybody” below: