Detroit’s famed outdoor-art piece, the Heidelberg Project, has fallen victim to another fire – this time burning the vinyl record-covered “House of Soul” completely to the ground. 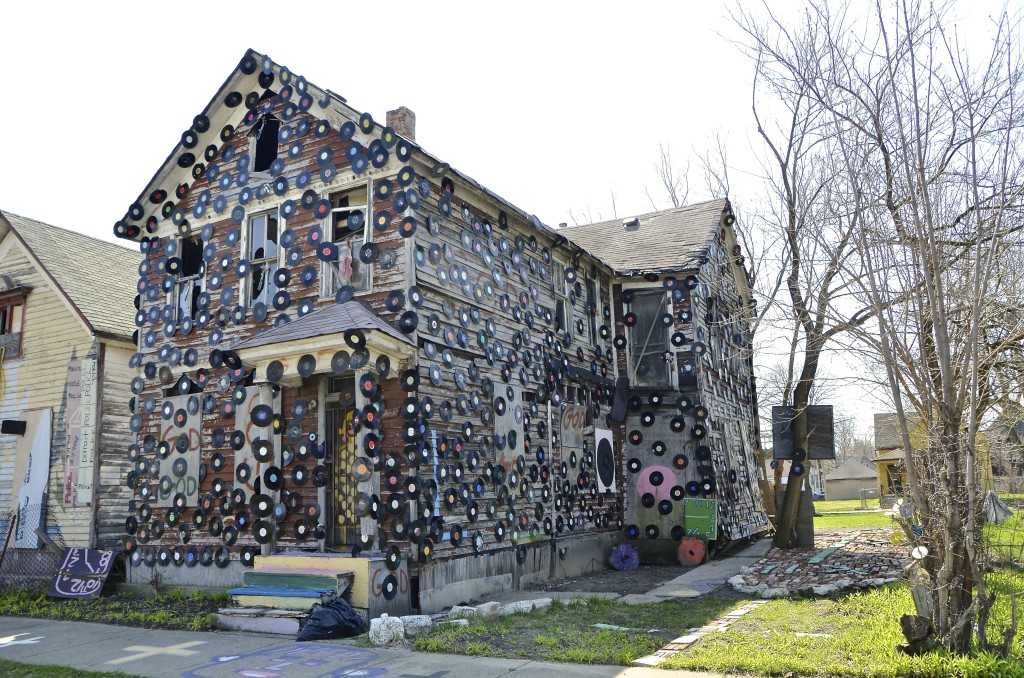 The house was located nearly a block from the project’s primary location on Heidelberg Street, on the city’s east side. It was adorned with an estimated 2,000 vinyl records – all but three have been destroyed.

@AlleeWillis @WhatsupDanny sad news this morning, House of Soul was burned to the ground early this morning in another #arson attack.

In May, the “Obstruction of Justice House” was severely burned and diminished to a pile of rubble, while the “OJ House” was burned during the first week of October. Both fires were determined to be cases of arson, yet no arrests have been made.

Tyree Guyton, who began the project in 1986, has been battling the threat of arson since the Heidelberg’s inception. Damaged Heidelberg houses in the past have been adapted into new art installments, many times including remnants of their destruction.

Officials are still investigating the cause of the “House of Soul” fire, though arson is suspected. Guyton is expected to give a statement regarding the fire this afternoon.